The jumps are so crazy – ours and China’s.
Obama has agreed to go to Copenhagen – albeit on the front end of the talks. Breeze through and set the bar?
I don’t mean to sound so dubious, but the stalemate between China and us is already nearly set, with smaller countries caviling about why they should have to share a commensurate burden when they did so little to contribute to the current state of things. I get it, but also think we need to be way past whining about how unfair it all is, and make a new program. Easy for me to say… 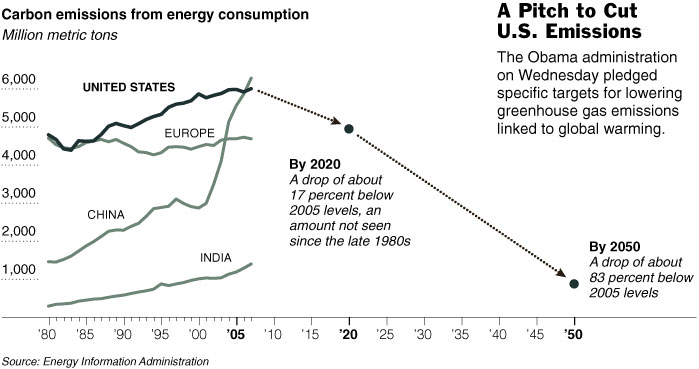 But there IS a stall – good recap of the conflicts here at Global Change. Excerpt: